A recent paper from Harvard University researchers Gary King, Jennifer Pan, and Margaret E. Roberts contains a neat "censorship magnitude" graph showing which types of social media posts are most and least likely to be taken down by Chinese censors: 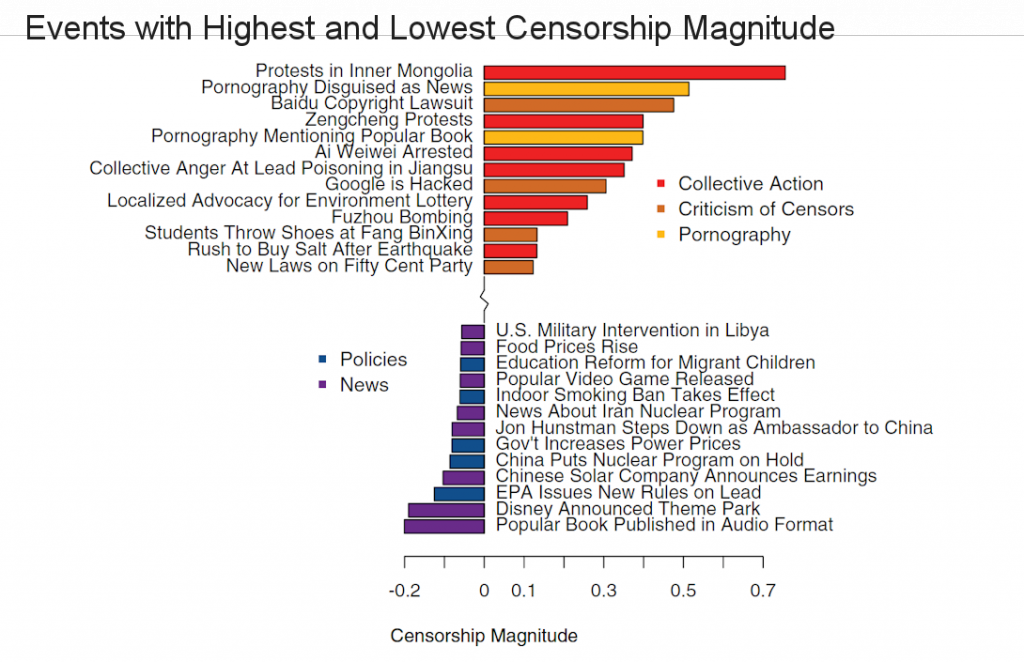 By downloading over 3,600,000 social media posts from nearly 1400 blogs, forums, and microblogs, then revisiting the sites later to determine what kinds of content had been manually removed, King, Pan, and Roberts were able to conclude that Chinese government censorship tends to focus more intently on posts that call for collective action and social mobilization, rather than removing all posts critical of the government:

Contrary to previous understandings, posts with negative, even vitriolic, criticism of the state, its leaders, and its policies are not more likely to be censored. Instead, we show that the censorship program is aimed at curtailing collective action by silencing comments that represent, reinforce, or spur social mobilization, regardless of content. Censorship is oriented toward attempting to forestall collective activities that are occurring now or may occur in the future—and, as such, seem to clearly expose government intent.