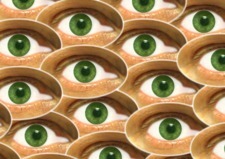 France: Bill to Allow for More Anti-Terror Measures in Post-Charlie Hebdo
World Internet freedom activists are hoping that the French Senate will reject a bill, which some have likened to the Patriot Act. Crafted as an anti-terror law, the text [FR] has prompted an outcry from the Council of Europe's Commissioner for Human Rights and about 1000 [FR] technology companies, lawyers, unions, and other concerned parties due to its potential to restrict netizens' rights to privacy and freedom of expression. At 46 pages long, the bill is far-reaching and would grant French intelligence officers the ability - among other things - to compel Internet providers to install "black boxes" on terror suspects' computers.

Nauru: President of Small Micronesian Island Country Defends Facebook Ban
Citing concerns over the spread of child pornography, in a speech in Bangkok, Nauru's president Baron Waqa justified his country's recent complete ban of Facebook. While the US State Department has expressed concern over these latest developments, other countries - notably Australia - have stayed silent. These recent restrictions are said to have limited ways in which asylum seekers in Nauru can communicate with the outside world, particularly advocates in Australia.

Paraguay: Pyrawebs, an Anti-Privacy Bill, Is Up For a Vote in the Senate
Despite the fact that a draft of the bill was already rejected by the House of Representatives last March, the Paraguayan Senate is set to vote this Thursday on an anti-privacy bill that would permit ISPs to retain customer information for 12 months. Strongly opposed by the Paraguayan digital activist group TEDIC [SP], Pyrawebs has acquired a lot of enemies [SP] over the past year, but if it gathers enough votes, it could facilitate extensive data retention in Paraguay.

UN Asks to What Extent Governments Can Restrict Encryption and Anonymity
David Kaye, UN Special Rapporteur on the promotion and protection of the right to freedom of opinion and expression, has released his first report to the Human Rights Council. Including research on extra-judicial norms and input from various governments and NGOs, the report establishes a clear linkage between free speech, anonymity, and encryption and calls for their protection. One of our earlier pieces of research on Arab Atheist web forums was cited in the list of sources that informed part of the UN report.

USA: The USA Patriot Act Expires; USA Freedom Act Posed to Replace It
After key provisions of the Patriot Act expired on June 1, the USA Freedom Act passed late June 2 in the Senate with a 67-32 vote. President Obama signed the bill just two hours later and tweeted, "It protects civil liberties and our national security." The USA Freedom Act stands for "Uniting and Strengthening America by Fulfilling Rights and Ending Eavesdropping, Dragnet-collection and Online Monitoring Act" and as such, it moves to have data remain in the hands of private companies, instead of the NSA. Under the new legislation, intelligence officials would require a court order on a case-by-case basis to obtain access to phone records belonging to any specific individual. Digital rights activist groups - like EFF - celebrated some of the changes but also expressed concern over the future of surveillance methods in America.

USA: The Supreme Court Released Decision on Virtual Threats
On Monday, the Supreme Court ruled 8-1 in Elonis v. United States to reverse the conviction of a Pennsylvanian man who wrote and posted violent messages (some with borrowed rap lyrics from Eminem) on his Facebook account aimed at his estranged wife, a class of kindergartners, and an FBI agent. Anthony Elonis was initially convicted of four counts of threats and sentenced to 44 months in prison. While the 3rd Circuit Court of Appeals held that if a statement causes a reasonable person to fear for her safety, that’s a true threat, the Supreme Court cited the prosecutors' inability to prove sufficient intent and thus decided the case on statutory grounds without broaching some of the case's underlying First Amendment issues. This case marks the first time the Court has considered the nature of true threats and the limits of speech on social media. It revolved around this key legal question: whether proof is required to demonstrate an individual's subjective intent to threaten or if it is sufficient to demonstrate that an objective person would regard a message - in this case a Facebook posting - as threatening. Some legal commentators have argued that Internet threats remain in legal limbo.