A new report from the Citizen Lab at the University of Toronto takes a look at Internet monitoring in Iraq. Since violence led by the Islamic State of Iraq and Syria (ISIS) broke out in the country several weeks ago, the government has responded by cutting Internet access, first by blocking websites including Twitter and Facebook and then, on June 15, issuing orders for a total Internet shutdown in five of the nation's 19 provinces.

Among the report's key findings: 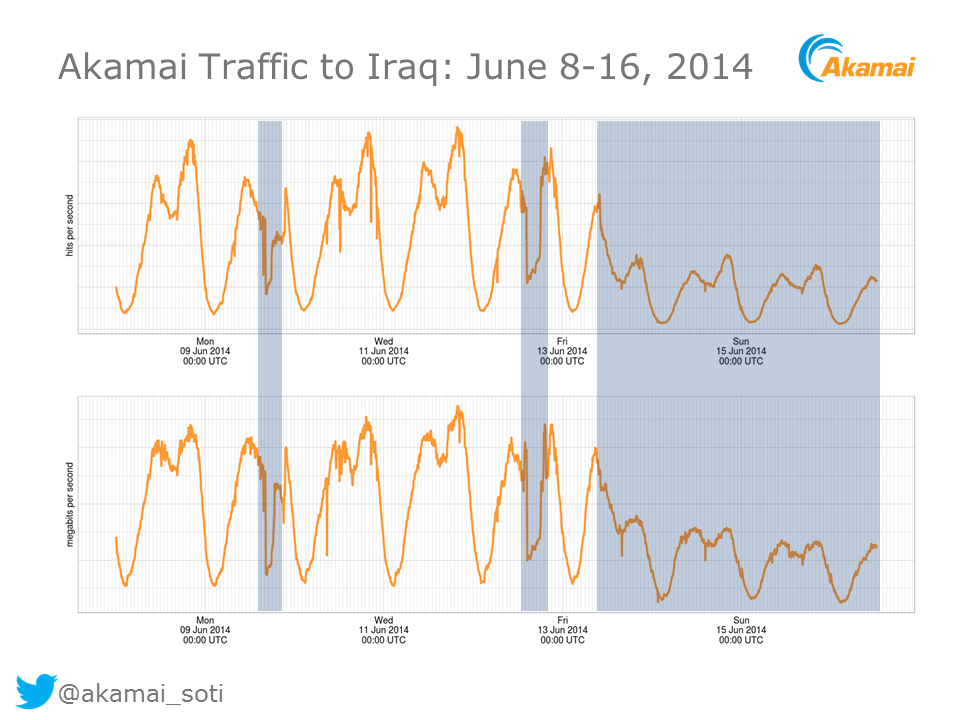 Traffic from Akamai, a content delivery network, to Iraq, showing a sharp drop in traffic since the filtering orders from the Iraqi Ministry of Communications. Via the Citizen Lab. 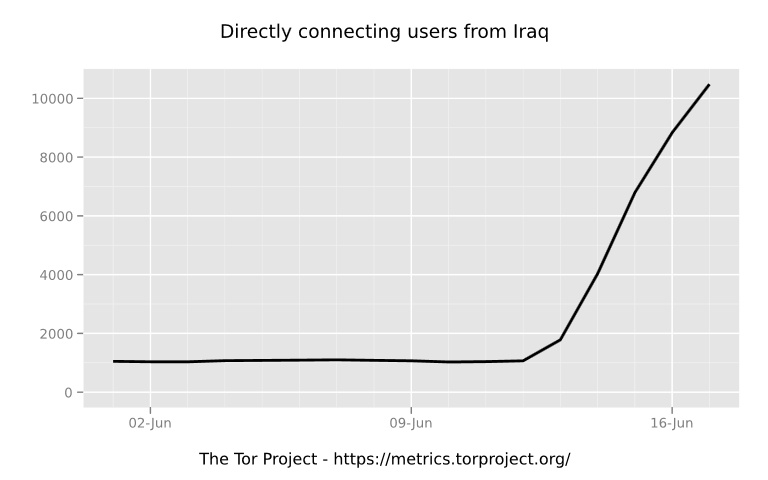 Directly connecting users of Tor in Iraq, via the Citizen Lab. 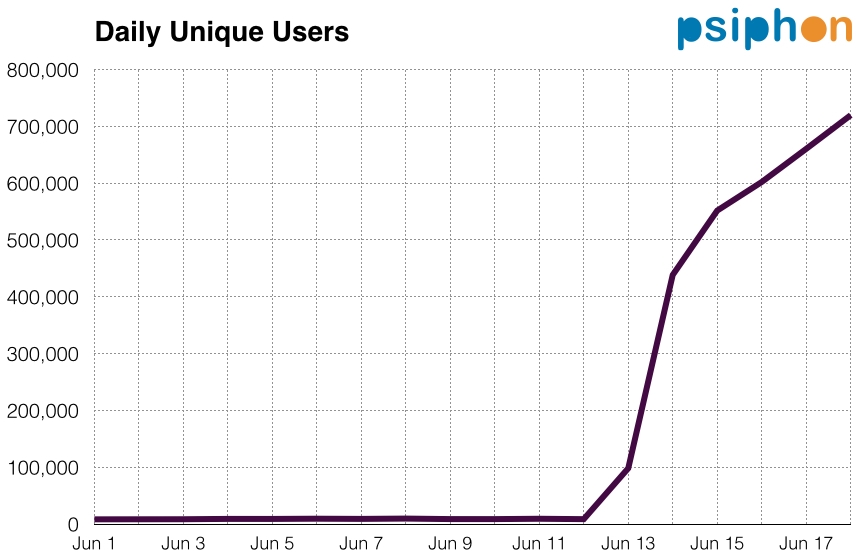 Daily users of Psiphon in Iraq, via the Citizen Lab.

More information about the Citizen Lab's analysis can be found in its report, Monitoring Information Controls in Iraq in Reaction to ISIS Insurgency.