In a joint press conference with President Obama last month, German Chancellor Angela Merkel referred to the Internet as “Neuland”—literally, an “uncharted territory”—in response to a question about initial reports of the US National Security Agency’s PRISM program. Specifically, she said the Internet was “new or uncharted territory for all of us.” Merkel’s words immediately became the target of a widespread meme. According to Der Spiegel, #Neuland began trending on Twitter within minutes, and images and gifs that poke fun at Merkel from different angles began circulating shortly thereafter. Some images cast Merkel as a luddite or “Internet granny,” while others depicted her as a futuristic imperialist with designs on the new world.

When people hear the name Richard Dawkins, they might think of the Oxford educated evolutionary biologist, or perhaps the world’s most famous atheist, which he is. But according to Dawkins, he is also the “father of the meme.” In Dawkins' recent Just for Hits Talk, he reminds us that he is the man who gave the world the term “meme” and claims he would rather leave behind memes than genes. In his 1976 book, The Selfish Gene, he used the term to explain the non-genetic transmission of meaning and social habits among human beings. Like genes, memes are replicators, but in the cultural rather than biological sense.  Dawkins claims they spread “blog to blog” rather than “brain to brain.”

In addition to being carriers of culture, memes have a social and political function; they galvanize and mobilize people. We’ve seen this globally over time and more recently in citizen-led protests in China and Turkey, the coup in Egypt, and civil war in Syria. The Neuland meme clearly conveys the frustration that people feel when government representatives and policy makers are out of touch with their needs and everyday experiences. Younger, tech savvy generations around the world are losing patience and respect for leaders with outdated mindsets who lack real-world knowledge and skills. The Neuland meme is an expression of the collective political disenchantment of our day. Its meaning transcends race, class, gender and state boundaries to resonate with citizens around the world, not just with Germans. Seeing Merkel as an Internet granny calls to mind other images that express citizens’ lack of faith in technologically challenged world leaders. 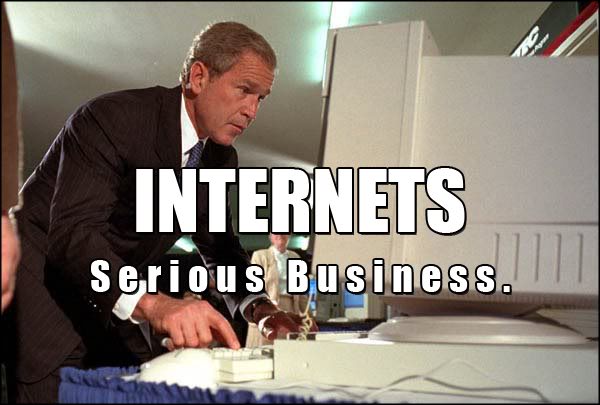 As the population of Internet users increases, questions about how ideas are generated and spread drive communication studies and information sciences forward. More than a decade ago, philosopher Daniel Dennett stated in TED talk that “people are surprisingly resistant to applying evolutionary thinking to thinking.” Today, however, the spread of ideas online is often described in biological terms—“going viral” being one of the most prominent—and the Internet’s ecosystem is undeniably lively. Ideas meet and mix and reproduce. They spread across online landscapes remarkably like wildflowers and behave at times like wildfire. There is life on the Internet, but what influences the birth and lifespan of a single meme is still uncertain.

In his Just for Hits Talk, Dawkins argued that a meme one creates “may live on long after your genes have dissolved in the common pool.” We know the Twittersphere had a good laugh at the chancellor’s gaff last month, but it remains to be seen how long the effects of #Neuland will last. Angela Merkel is up for reelection in September, and we will find out if the Neuland meme is political terra firma or not. Chancellor Merkel is probably hoping this particular meme will not be her legacy, but that is for German citizens and global netizens to decide.