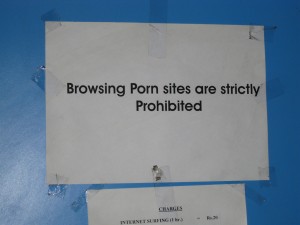 Regulating Internet pornography has been an issue in the United States since the advent of the World Wide Web, something made explicit in the short-lived 1996 Communications Decency Act. The issue of Internet pornography recently reappeared in Congress during the December 2011 debates over the Stop Online Piracy Act (SOPA) when Rep. Jared Polis entered the lyrics from a popular YouTube clip into the official record. The lyrics came from Avenue Q, a musical parody of Sesame Street, in which a woman tries to explain the Internet to a group of puppets. The clip—titled “The Internet is For Porn”—went viral on YouTube. During the charged debate, Polis declared that “a high percentage” of the Internet is used for porn and labeled the Web “a pornographer’s wet dream!”

Porn has a long history with digital technologies and has been part of the Internet from the beginning. Before the World Wide Web, pornographic images had been sent over the Internet as ASCII art, which consisted of pictures composed of 95 keyboard characters to form a text based visual composition. Usenet groups made sharing images over the narrow bandwidth of the 1990s possible. These images were often scans of adult magazines, which could be downloaded for free, and anonymously. Even earlier, researchers developing digital scanning and laying the foundations for the JPEG format in the 1970s—funded by the Pentagon in connection with the Internet predecessor ARPANET—scanned a copy of Lena Söderberg's 1972 Playboy photo shoot. In 1997, Söderberg was even invited to be a special guest at the 50th anniversary of conference of the Society for Imaging Science and Technology in Boston. The ubiquity of her electronic photograph has earned her the title of "first lady of the Internet" from the BBC. 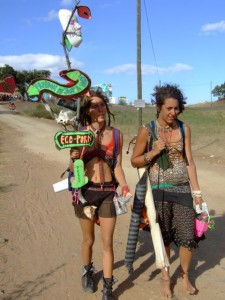