In clashes between Saudi citizens and the state over ideology and technology, Twitter has become a highly contested space. Internet monitoring and censorship in the Kingdom is not new though. According to a 2009 report from the Open Net Initiative, “Saudi Arabia filters sites related to opposition political groups, human rights issues, and religious content deemed offensive to Muslims.” Freedom House published a report in 2012 putting Internet penetration in Saudi’s population of 29 million at 49%. It also stated that 51% of Saudis are active Twitter users, one of the highest usage rates in the world. In recent months, religious and political leaders as well as everyday Twitter users have taken to the ethereal skies of Twitter to express their views on how and by whom the social networking site should be used.

It is easy to adopt ornithological metaphors when talking about Twitter, and we can extend talk of birds in a particular way within the Arab Gulf context, where falconry  is a big deal. The sport has ancient roots and great cultural significance. Falcons are magnificent birds of prey, revered and respected in the region for their adaptability, speed, and hunting prowess. The birds, also called raptors, scan the desert sands for prey and swoop in for the kill with pinpoint accuracy. In the Arab Gulf, the falcon is elegance, beauty, and skill with wings. 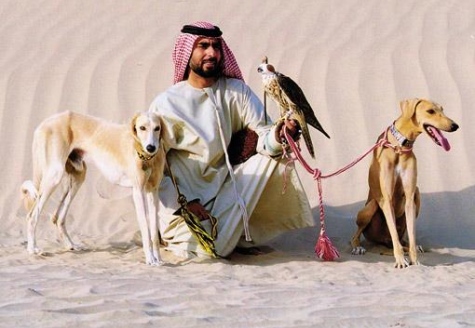 "Sporting with the best: Hamad AlGhanem, Director, Breeder and Registrar General of the Arabian Saluki Centre, poses with a falcon and two of his favourite salukis. Falconry and saluki races are a part of Arab culture."- Gulf News

The same regal attributes may or may not apply, however, to the little blue birds that soar in the Twittersphere. Saudi authorities, acting like government bird dogs, have been on the hunt for Twitter users lately. 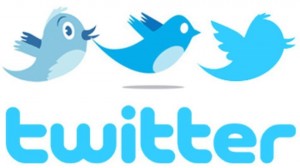 In early May, Saudi religious police issued warnings that the social networking site was "a path to hell."  Sheikh Abdul Latif Abdul Aziz al-Sheikh said Muslims who use Twitter have "lost this world and [their] afterlife." Despite this warning, Saudis—including religious leaders—continue to use the platform. Just weeks after al-Sheikh’s pronouncement, Abdullah Mohammed al-Dawood, an ultraconservative cleric with an active Twitter following, used Twitter to post his views on women going to work in Saudi Arabia. His tweet encouraged men to “harass” women working in public places, so they would return to their homes. Public outrage in response to al-Dawood’s comment was swift and decidedly critical. Graphic suggestions about what punishment he deserved, including castration, circulated in local social media—including Twitter, where the hashtag “#arm_female_cashiers” was used in reaction to al-Dawood’s call to “#harass_female_cashiers”—and spread globally via major news sources.

Despite threats to body and soul, Saudi citizens, journalists and activists continue to retweet rather than retreat. In fact, according to a recent poll about people’s attitudes toward information sharing on the Internet, Saudis are among the most willing to share "everything." This is not exactly divine revelation to progressive Saudi thinkers and leaders such as Saudi Prince Alwaleed bin Talal, who addressed Saudi Telecommunications directly from his Twitter account: trying to block social media platforms is a "losing war."