Earlier this week, Facebook joined Google, Twitter, and other tech companies in issuing a transparency report: in Facebook's case, aggregated counts of the government data requests it received in the first six months of 2013.

The United States leads the world in requests, with 11,000-12,000 requests covering somewhere between 20,000 and 21,000 user accounts. The US is also the only country on Facebook's list without exact figures; the company notes that it has "reported the numbers for all criminal and national security requests to the maximum extent permitted by law" and will published updated figures as soon it obtains legal authorization.

Trailing the United States, with 3245 total requests covering 4144 users, is India, a country that has also ranked high in Google's Transparency Report. The UK, Germany, and Italy round out the top five.

In countries with more than 100 requests, Taiwan received the greatest compliance from Facebook, with 84 percent of requests resulting in at least some data. The United States followed closely behind, with Facebook complying or partially complying with 79 percent of requests. 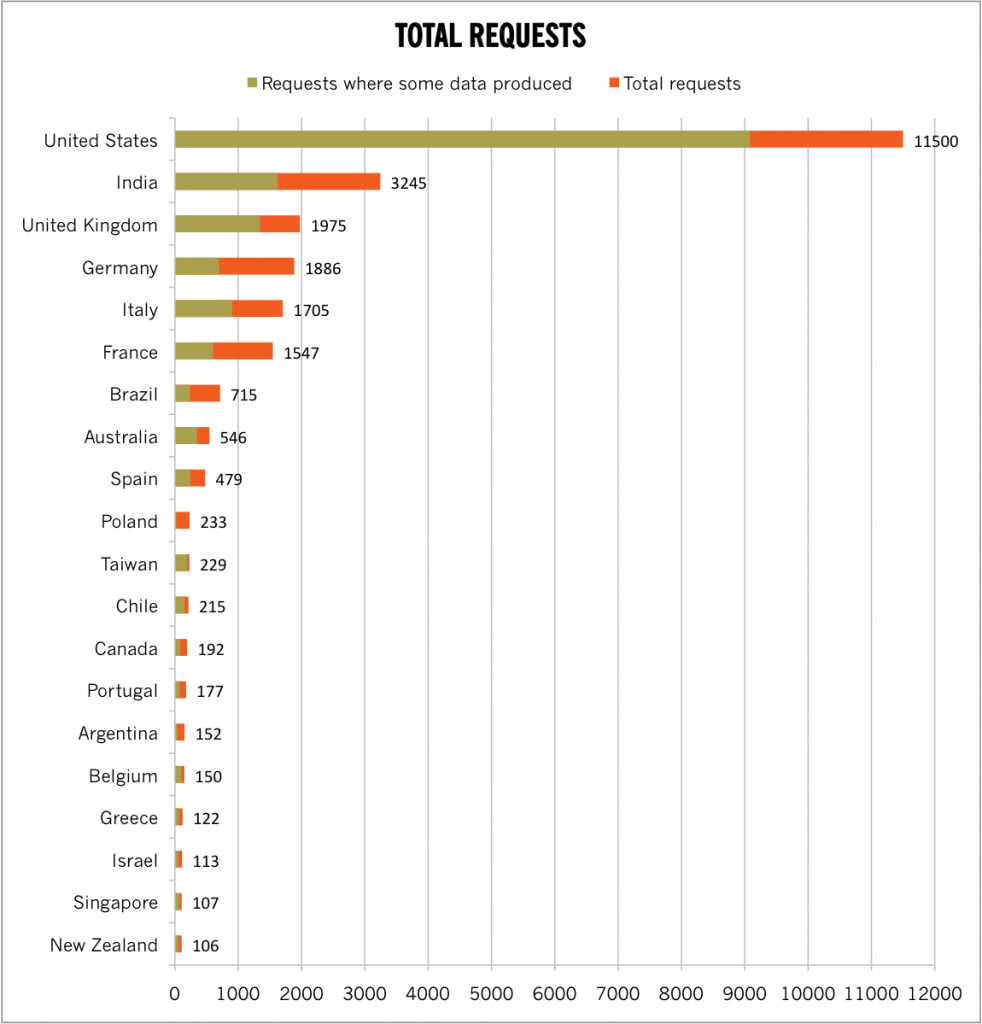 The current transparency report reveals only numbers—unlike in the Google and Twitter reports, no information on the types or forms of data requests is provided. Without this information, it's impossible to tell how many of these requests are related to criminal activity such as robberies or kidnappings (two examples provided by Facebook) and how many are related to broader surveillance programs.