Last month, we explored the very real environmental costs of Internet services, particularly those raised by the growing trend of moving data processing and storage into "the cloud." Since then, the energy and carbon costs of the Internet and cloud computing have been a hot topic. Some IT companies have been capitalizing on the concern as well. Last month, Microsoft began touting its Internet Explorer 10 browser as the most energy efficient browser available, estimating that if every Google Chrome and Mozilla Firefox user in the US switched to IE 10 for a year, the energy saved could power 10,000 households for a year. EBay has taken things a step further and is publicly disclosing its energy usage with an impressive online dashboard. 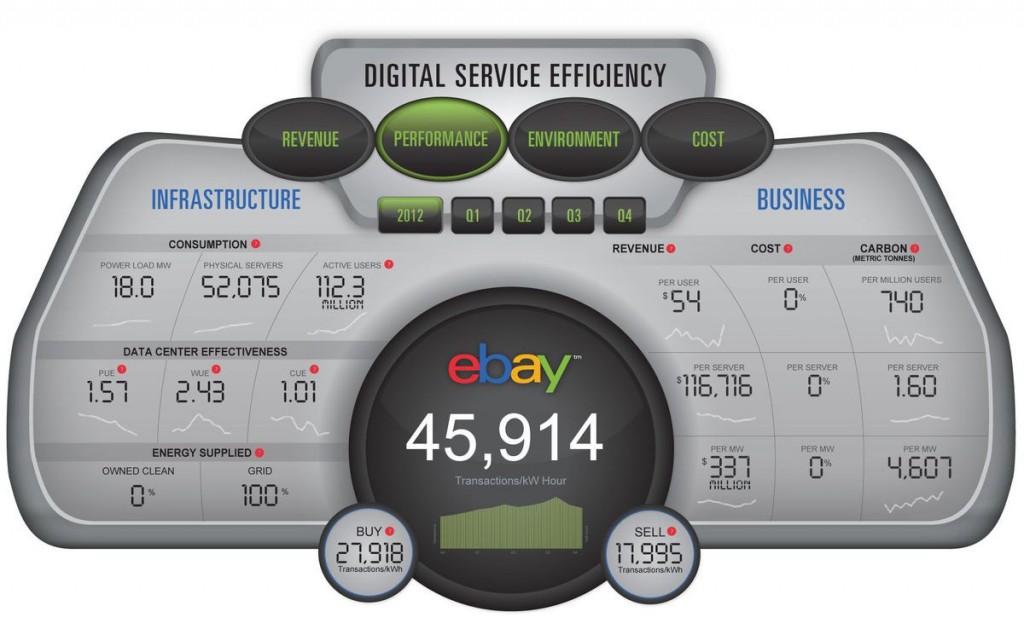 In another exciting development, researchers at the University of Illinois at Urbana-Champaign are hoping to combat e-waste. Project leader John Rogers, a material scientist, recently gave details on the project, which is hoping to develop circuit boards that safely decompose when exposed to water. In his report, Rogers suggests consumer "dissolving" electronics are on the horizon.

Additionally, this week the US Department of Energy announced plans to establish minimum efficiency standards for all servers and computers sold in the United States.

Perhaps the most significant development over the past month is the publication of a study on the efficiency of data servers done by Jonathan Koomey at Stanford University’s Steyer-Taylor Center for Energy Policy and Finance. Koomey's study found that that larger companies like Google, Facebook, Amazon, and eBay have been working toward building sustainable data centers. However, the study also found significant waste from organizations whose servers are used by media companies, government, universities, and airlines. The study concluded that many servers could be easily and cheaply modified to use up to 80% less energy, but that a major obstacle to implementing these changes is the gap between who produces and installs the technologies and who is responsible for paying the electric bill. Koomey summarized the gap by asking "Who designs and builds your cable box? The cable company. Who pays the electric bill? You do. So, you end up with a cat warmer on your shelf."

Another problem the study identifies is the tendency of policymakers and environmental organizations to focus on using renewable energy instead of improving the efficiency of current data centers. Koomey suggests institutions make their centers efficient first, and then worry about switching to renewable energy sources after. This will have the added benefit of making the switch easier and more practical, since renewable energy typically produces less power than traditional sources. In other words, fix the leaky pipes before worrying about making a more efficient pump. The good news is that once these institutional issues are addressed, many data servers can be made more efficient using off-the-shelf equipment and simple management strategies.